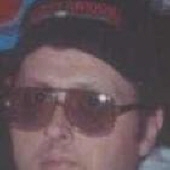 Theodore "Ted" Welter, age 54, of West Chicago, passed away suddenly on Tuesday, October 12, 2010 at Central DuPage Hospital in Winfield. He was born on May 29, 1956 in St. Charles, IL to Richard and Nancy Welter. Ted worked for 29 years for Sieman's and several years for Omron Company in St. Charles. Over the years, Ted enjoyed riding his Harley motorcycle, his Labrador retrievers and was an avid skeet shooter.
He is survived by his sister Evelyn (Dominic) Dibona of Aurora; one niece; Jessica (Blake) Rosenberg; great-nephews Chase and Luke; aunts; Esther Klingberg, Violet Begerman and Anne Kroning, and many other cousins and friends.
He is preceded in death by his parents; Richard and Nancy Welter.
Visitation will be held on Thursday, October 14, 2010 from 4 to 9 pm at Norris-Walen-Segert Funeral Home, 132 Fremont St., West Chicago (One block north of Washington St. & Main St). Funeral services will take place on Friday, October 15, 2010 at 9:30 am the funeral home. Interment Calvary Cemetery. Since Ted was an animal lover, in lieu of flowers the family wishes donations in Ted's memory to P.A.W.S. of Chicago. 630-231-0060 or www.norriswalensegertfh.com

To order memorial trees or send flowers to the family in memory of Theodore Welter, please visit our flower store.