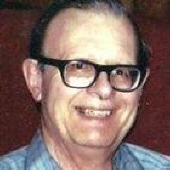 Theodore "Ted" Vrenios, age 81, longtime resident of West Chicago, passed away on Thursday, January 9, 2014. He was born on May 26, 1932 in Chicago, IL and was united in marriage to Mavis "Mickey" Vrenios.
Ted was a life member of the National Rifle Association and an accomplished pilot (glider and private). He enjoyed photography, motorcycles, his dogs and target shooting.

He was preceded in death by his parents; wife, Mickey, and one brother, George (Fran) Vrenios.

To order memorial trees or send flowers to the family in memory of Theodore Vrenios, please visit our flower store.