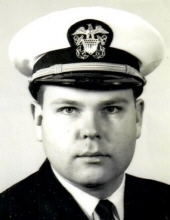 Sean George Finnegan , age 79, of West Chicago, passed away on October 30, 2020. He was born on November 28, 1940 in Madison, WI to George and Johnette Finnegan. Sean graduated from the University of Wisconsin (Madison) and then went on to serve in the US Navy with a rank of Lieutenant in the reserves. He worked for Leo Burnett Advertising, Universal Recording and was owner and general contractor of Whitney Builders. Sean was past president (1974) of the Men’s Garden Club of Villa Park. He enjoyed golfing, gardening, and carpentry.

He was preceded in death by his parents.

Sean’s inurnment will be in Wayne Township Cemetery in West Chicago.

To order memorial trees or send flowers to the family in memory of Sean Finnegan, please visit our flower store.