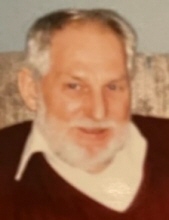 Robert Joseph Ciesla , age 88, of West Chicago, passed away on September 28, 2021. He was born on June 4, 1933 in St. Catherine, Ontario, Canada to Edward and Stella Ciesla. Robert was a US Marine Corp Veteran and served in the Korean War.

He was preceded in death by his parents; wife; daughter and one brother.

Services will be private.

To order memorial trees or send flowers to the family in memory of Robert Ciesla, please visit our flower store.