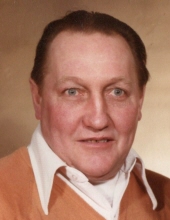 Robert Bowie , age 85, of West Chicago, passed away on April 16, 2020. He was born in Tillicoultry, Scotland on October 28, 1934 to William and Margaret Bowie. Bob was a mechanic for many years working for Kuhn’s Bus Company and Alumax. He enjoyed raising livestock and socializing in West Chicago.

He was preceded in death by his wife, Diane Bowie (Klock); parents; brother, Billy; and sisters, Jean and Anne.

Due to the current situation all private family services will be held and burial will be held at a later date at St. Michael Cemetery in Wheaton.

To order memorial trees or send flowers to the family in memory of Robert Bowie, please visit our flower store.