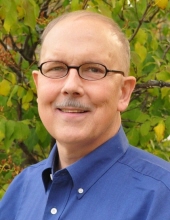 Born Jan 3, 1955 in Beloit, Wisconsin to Patricia and Richard A. Youngwith, Sr., Dick was the responsible oldest of five siblings.  He excelled in both academics and athletics at Monroe High School where he was a member of the wrestling and baseball teams.  Upon graduation, he continued his love for learning at the University of Wisconsin-Milwaukee, where he double-majored and enjoyed the challenges of a rigorous civil engineering and architectural curriculum. He was inducted into the Tau Beta Pi honor society in recognition of his distinguished scholarship while a college student.  Upon graduation, he earned his Wisconsin professional engineering license and accepted a plant engineering position with Western Electric based in New York, also taking a brief residency as an occupational engineer in Orlando, Florida.

In late 1984, he relocated to the Chicago area where he worked for Sargent & Lundy as an engineering consultant helping to modify conceptual designs on-site to meet safety standards, and to design and analyze seismic support systems for use at the Braidwood and Byron nuclear power plants.

It was on New Year’s Eve 1984 he met his future bride-to-be at a New Year’s Eve gathering and they married Feb. 9, 1985 at St. Thomas of Villanova parish in Palatine.  The couple made their home first in Schaumburg and later became homeowners in Carol Stream, Illinois, and raised a family of four.  Bursting with school activities, baseball, dance, and happy family gatherings, Dick cherished his time spent with family and friends at home. Dick’s favorite passage from 1 Corinthians 13 became a treasured reading from his 1985 wedding and a cornerstone of family life. “And now these three things remain: faith, hope and love. But the greatest of these is love.”

It was during this time he accepted a field engineering position with FM Global where he spent the next 35 years and became a nationally-respected flood risk engineering specialist. He recently became a member of the organization’s Silver Key Club and 2020 became a life member of the American Society of Civil Engineers.

The lifelong Cubs fan, Wisconsin Badgers and Green Bay Packers enthusiast will be remembered for his loving and selfless actions, engaging humor, endearing smile, ability to see the best in others, to analyze situations and find logical, straight-forward solutions, and as a wonderful role model for his children, his young engineering colleagues, family and others.

He is preceded in death by his mother, Patricia (Ryan) Youngwith.

Donations may be made in care of the Youngwith family to the Jennifer Youngwith Discretionary Supplemental Trust.

A private family viewing and prayers are scheduled for Sunday, March 7, 2021 from 1-3 p.m. at Norris-Segert Funeral Home and Cremation Services, 132 Fremont St., West Chicago, IL. (Anyone attending the visitation is required to wear a facemask inside the funeral home as per state guidelines and please be brief with your visit to allow everyone the opportunity to pay their respects to keep in accordance with the state and CDC-guidelines an at the family request please no hugging)

To order memorial trees or send flowers to the family in memory of Richard 'Dick' Youngwith, please visit our flower store.