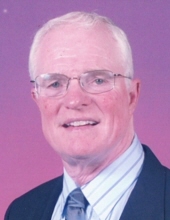 Richard A. “Dick” Kerner , age 83, lifelong resident of West Chicago, passed away on July 23, 2019. He was born on June 27, 1936 in Aurora, IL to Albert “Rosie” and Florence Kerner. He graduated from West Chicago Community High School and then went on to Northern Illinois University where he played football, basketball and track. Dick was united in marriage on June 11, 1960 to Dorothy Wimble. Sports were a great part of Dick’s life. He began his coaching career at West Chicago Community High School in 1961 until 1971 where he was Varsity Head Football Coach and PE teacher, then St. Charles High School from 1971 to 1975 and finally at Waubonsie Valley High School from September 1975 until his retirement. At Waubonsie High School, he was the first Athletic Director, first physical education/driver education department chair (five years) and coached football for 20 years. In 1995 the stadium was renamed “Dick Kerner Stadium”. He was a member of the Illinois Athletic Directors Hall of Fame. Dick enjoyed anything outdoors, fishing, golfing, yardwork and going to his grandchildren’s sporting events. He was a loving husband, father and grandfather and friend and a mentor to many.

He was preceded in death by his parents.

To order memorial trees or send flowers to the family in memory of Richard A. 'Dick' Kerner, please visit our flower store.