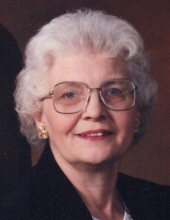 Visitation will be held on Monday, April 1st, 2019 from 9:00 a.m. to 11:00 a.m.  at Norris-Segert Funeral Home & Cremation Services , 132 Fremont St., West Chicago (One block north of Washington St. & Main St). Funeral services will be held immediately following the visitation at 11:00 a.m. April 1st, 2019 at the funeral home, with Reverend Eric Kennaugh officiating.  Interment will follow at Glen Oak Cemetery in West Chicago. Memorial donations in her memory may be made to Sunnymere Senior Community Living in Aurora, IL, in care of the Norris-Segert Funeral Home. For information (630) 231-0060 or www.norrissegertfh.com

To order memorial trees or send flowers to the family in memory of Nora Jane Fisher, please visit our flower store.