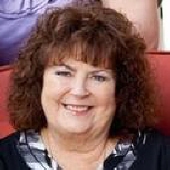 Mary K. Thurston-Steadman (nee Sheahan), 71, of West Chicago, passed away on Sunday August 10, 2014 surrounded by her family. Born March 2, 1943 to Clarence and Alma Sheahan. A lifelong parishioner of St. Mary’s Church, Mary was also a proud member of the Catholic Daughters of the Americas. She had many fond memories of her years working at St. Andrew’s Golf and Country Club and later achieved multiple customer service honors during her 23 year career with FedEx Corporation. Mary’s pride and joy were her 5 children and 12 grandchildren who affectionately called her MiMi.

To order memorial trees or send flowers to the family in memory of Mary Thurston-Steadman, please visit our flower store.