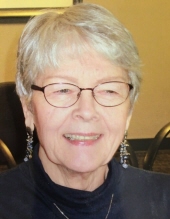 Mary F. Swanson (Schommer) , age 78, lifelong resident of West Chicago, IL passed away on January 13, 2022. She was born December 31, 1943, in Aurora, IL to Albert and Dorothy Jean Schommer. Mary was united in marriage on September 15, 1962, to Robert W. Swanson. She was a lifelong member of St. Mary’s Parish in West Chicago where she attended grammar school and was a member of the Catholic Daughters of America’s Circle # 432. Mary graduated from West Chicago Community High School in 1961 and was a member of the Red Hat Society. She took pride in being a great homemaker and loved her family dearly.

She was preceded in death by her parents.

The link for online streaming of Mary's Funeral Mass on Saturday, January 22, 2022, is www.asimplestreaming.com/mfswanson/

To order memorial trees or send flowers to the family in memory of Mary Swanson, please visit our flower store.