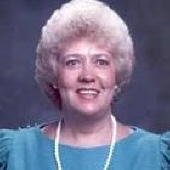 Lucille V. Shankle, age 76, longtime resident of West Chicago, passed away on Friday, February 8, 2013. She was born on April 22, 1936 in Rockingham, NC to Jessie and Frances Lathan. Lucille was united in marriage to Clarence Shankle on October 14, 1951. She worked over 20 years for International Harvester as office personnel. Lucille enjoyed golf over the last several years and enjoyed her family. She was a great wife and mother and loved her family dearly.
Lucille is survived by her husband of 62 years, Clarence; sons, Ronald (Susan) Shankle of Atlanta, GA, Paul (Joany) Shankle of West Chicago, and David (Kelly) Shankle of Chicago; grandchildren, John Shankle and Elizabeth (Joseph) Valerio; great-grandchildren, Alex, Nicholas and Christian; and relatives and friends.
She is preceded in death by her parents.
Visitation will be held on Wednesday, February 13, 2013 from 3 to 8 pm at Norris-Walen-Segert Funeral Home, 132 Fremont St., (one block north of Washington St. and Main) West Chicago. Funeral service will be held on Thursday, February 14, 2013 at 10:00 AM at the Funeral Home. Reverend Tim Mitchell will officiate. Interment Glen Oak Cemetery in West Chicago. For Info 630-231-0060 or www.norriswalensegertfh.com

To order memorial trees or send flowers to the family in memory of Lucille Shankle, please visit our flower store.