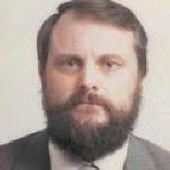 Leon James Rybacki, age 59, longtime resident of West Chicago, passed away on Friday, December 9, 2011. He was born on January 6, 1952 in Chicago, IL to Michael and Lorraine Rybacki. Leon was a car and train enthusiast who enjoyed working with anything mechanical, and was a lifelong caving and spelunking enthusiast as well.
Leon is survived by his wife, Sandra Kay; two daughters; Carolyn Rybacki and Amy Rybacki (Thomas Brothers); six grandsons, Aric, Nikolas, Corey, Shawn, Jameson and Willem; two brothers, Michael (Paula) Rybacki and James Rybacki; and many nieces, nephews, relatives and friends.
Leon is preceded in death by his parents and one sister, Barbara Rybacki.
Visitation will be held on Tuesday, December 13, 2011 from 3 to 8 pm at Norris-Walen-Segert Funeral Home, 132 Fremont St. West Chicago. Interment Private. 630-231-0060 or www.norriswalensegertfh.com

To order memorial trees or send flowers to the family in memory of Leon Rybacki, please visit our flower store.