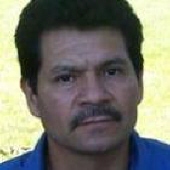 Jose Guadalupe Correa, age 54, of West Chicago, passed away on Friday, September 30, 2011. He was born on June 25, 1957 in Araro, Michoacan, Mexico to Rosalio Correa and Amparo Caballero. Jose was united in marriage on August 31, 1979 to Hilda Ramirez. He was an electrician for over 30 years and finally owning his own company, Correa Electric Inc. for 9 years. Jose loved to learn, read and especially loved spending time with his family.
He is survived by his wife of 32 years, Hilda Correa of West Chicago; two daughters, Patricia Correa of West Chicago and Rosalba (Jose) Rodriguez of Addison; one son, Victor Correa (Annabelle Gonzalez) of West Chicago; three grandchildren; Victor Andres, Ariella, and Amaya; mother, Amparo; three brothers; five sisters and many nieces and nephews .
He is preceded in death by his father, Rosalio and one brother, Raul.
Visitation will be held on Friday, October 7, 2011 from 3 to 8 pm at Norris-Walen-Segert Funeral Home, 132 Fremont St. (one block north of Washington St. and Main) West Chicago. Prayers Saturday, October 8, 2011 at 9:30 am from the funeral home to St. Mary's Church, 164 N. Oakwood, West Chicago. Mass 10 am. Interment at Calvary Cemetery in West Chicago. For information 630-231-0060 or www.norriswalensegertfh.com

To order memorial trees or send flowers to the family in memory of Jose Correa, please visit our flower store.