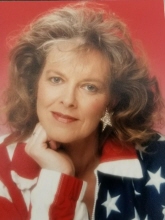 Joann Josie Arntzen (nee Vancura) , Warrenville Fire Protection District, age 70, longtime resident of Warrenville and formerly of Naperville, passed away on March 6, 2018. She was born on June 6, 1947 in Chicago, IL to James and Dorothy Vancura. She lived a life many would envy and that left many shaking their heads in wonder of how she did it. Her interests ranged from NASCAR to the stars (and is still upset that Pluto was downgraded as a planet!) Her proudest accomplishment was becoming an EMT-A followed by graduating as a firefighter in 2001. (We’ll leave the math to you.) She was a proud member of the Warrenville Fire Protection District. Being a “rescuer” of another sort, we know she made her stop at the Rainbow Bridge to gather all her furbabies who precede her to eternal life and we’re sure she was granted the rescuers blessing of gathering all those who did not have anyone in this realm to carry them into the next. She was a force unto herself and her spirit and presence will be greatly missed.

She was preceded in death by her parents.

To order memorial trees or send flowers to the family in memory of Joann Arntzen, please visit our flower store.