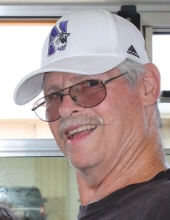 Born in Chicago, Illinois to John J. and Ruth (Stubbe) Burns, James “Jim” John Burns passed away at his home in Catonsville, Maryland on November 30.  He was 75.

Jim spent most of his life living in West Chicago, Illinois.  Graduating High School in 1962 from Marmion Academy, Aurora, Illinois. At Marmion, Jim was a star athlete and later inducted to the Marmion Athletic Hall of Fame. Obtaining an athletic scholarship, Jim was a graduate from Northwestern University in Evanston, Illinois.  Jim was a Big Ten football star on the Wildcat squad, named most valuable Senior, then later was chosen by vote of his teammates “Most Valuable Player.”  Often publicly lauded by his coach Alex Agase, Jim began to get press raves from writers and other coaches as his Senior season wore on.  He was especially admired for his “iron man” role, playing at tackle on both offense and defense, something almost unheard of in collegiate football at that time.  His football skills led him to being drafted in 1966 by the Denver Broncos of the American Football League until injuries ended his promising professional football career.

Jim owned his own restaurant and catering business, King James Traveling Food Fest, West Chicago, Illinois, for many decades before retiring in 1995.  In his retirement, Jim enjoyed camping and continued his love for cooking at many social functions and competitive BBQ contests where he won several awards.  He also took up a second career as a Home Inspector.  In May 2017, he moved to Maryland to further his travel portfolio by exploring the East Coast.  Over his life time Jim left an impression with everyone he met.  Often being referred to as the man with the hearty laugh.

In lieu of flowers, memorial contributions in Jim’s memory may be made on line to Marmion Academy , or via check sent to 1000 Butterfield Road, Aurora, IL 60502.  In the comments, mention James Burns ’62.  All memorial contributions will then be directed to the Guardian Angel Fund which assists families in need of tuition assistance, something that Jim benefited from during his school years.

To order memorial trees or send flowers to the family in memory of James 'Jim' Burns, please visit our flower store.