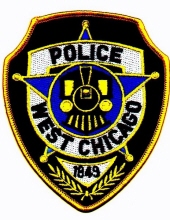 Glenn D. Keck , retired WCPD, age 85, lifelong resident of West Chicago passed away on February 2, 2018. He was born on January 15, 1933 in Elmhurst, IL to Al and Evelyn (Dieter) Keck. Glenn was united in marriage on September 1, 1978 to Carolynne Garwood. He served in the US Marine Corp. and was a retired West Chicago Police Officer with 28 years of service. He was a member of American Legion Post 300 of West Chicago. Glenn owned GK Auto Body in West Chicago for many years. He enjoyed fixing cars and antique and coin collecting.
Glenn is survived by his wife of 39 years, Carolynne; children, David (Deborah) Keck, Darlene Mosley, Daniel Keck (Jen McDermott), Dianne (Craig) Wheatley, Michelle Weinmann (Ron Prock), Dustin (Meagan) Keck and Mark Kessler; 18 grandchildren; 5 great-grandchildren; sisters, Jean Ferguson and Joan Bartha and many nieces, nephews, relatives and friends.
He was preceded in death by his parents, Al and Evelyn.
Visitation will be held on Tuesday, February 6, 2018 from 3 to 7 p.m. at Norris-Segert Funeral Home & Cremation Services , 132 Fremont St. (one block north of Washington St. and Main), West Chicago. A Funeral Service will take place at 6:30 p.m. Interment Private. In lieu of flowers contributions may be made to the American Heart Association or a charity of your choice. For Info 630-231-0060 or www.norrissegertfh.com

To order memorial trees or send flowers to the family in memory of Glenn Keck, please visit our flower store.