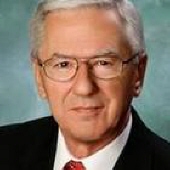 Fred lived in Winfield for 36 year and devoted his life to his community. Served on many boards including the School Board District 34, Village board, Fire District as a trustee where he later became the commissioner, Mosquito Abatement of Winfield Township, Trustee for Winfield Township. Fred was an active member of St. John and usher for the 5 p.m. mass. He also served in the US Air Force and was a member of American Legion Post 300 in West Chicago. Visitation Sunday, August, 18, 2013 from 2 to 8 pm at Norris-Walen-Segert Funeral Home at 132 Fremont Street (1 block north of Washington & Main) West Chicago. Fred will lie-in-state on Monday, August 19, 2013 at St. John the Baptist Catholic Church, 0S233 Church St., Winfield from 10 am until time of mass at 11 am. Interment Assumption Cemetery.
In lieu of flowers, donations may be made to St. John the Baptist Church in Winfield.
For info 630-231-0060 or www.norriswalensegertfh.com

To order memorial trees or send flowers to the family in memory of Fred Dusza, please visit our flower store.