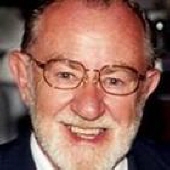 A. Eugene "Gene" Rennels, age 80, long-time resident of West Chicago, passed away Thursday, May 3, 2012. He was born on August 20, 1931 in Charleston, IL to Lucille (nee Warman) and Alfred Rennels and raised by Lucille and Frank Rumple. Gene served in the US Navy during the Korean War and then the US Army. He was very active in his community and church. Gene attended St. Andrew Lutheran Church since 1961 serving on the Church council, member of the choir, Sunday school teacher and superintendent, lector and assisting minister and was Congregational Vice-President. He served on various committees which included being a delegate to numerous LCA Illinois Synod Conventions and a delegate to the 10th Biennial Convention of the Lutheran Church in America.

To order memorial trees or send flowers to the family in memory of Eugene Rennels, please visit our flower store.