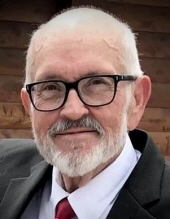 Charles (Chuck) Miller , age 7 6, of Mobile, Alabama, entered the LORD’s loving arms on Tuesday, December 28, 2021. Chuck was born on October 1, 1945, in Tampa, Florida, but he grew up in North Little Rock, Arkansas. Chuck graduated from Harding University in 1967 with a degree in English. Later that year he married Barbara (Bobbye) Phillips on September 1, 1967. They had three children together: Tim, Jon, and Sarah. A faithful servant of God, Chuck was a tremendous example of one who dedicated his life to loving and serving others. Chuck loved young people. He began his professional career as a teacher at Memphis University School before beginning work at Camp Wyldewood in Searcy, AR, where he served as a teacher, counselor, and director. Chuck believed in the power of Christian camping and served those efforts his entire life, primarily at Rockford Christian Camp in northern Illinois. After his father’s death, Chuck moved to Chicago where he worked toward his master’s degree in counseling at Governors State University. During this time, Chuck also began working with his friend Peter Bumpass at the South Holland church of Christ. It was Peter who encouraged him to work in prison ministry which profoundly affected him. Chuck is remembered by many for his 15 years working in Christian childcare. Over those years he served as a father, counselor, and director. He began his work at Shults-Lewis Children’s Home in rural Indiana and continued at Potter Children’s Home in Bowling Green, Kentucky. For the final 23 years of his professional life, Chuck served as an elder and pulpit minister for the West Chicago church of Christ.  Following Chuck’s retirement, the LORD directed him to find love again by reconnecting with his childhood best friend, Daphene. His marriage to Daphene and subsequent relocation to Mobile, Alabama, welcomed many new opportunities. He worked as a professional photographer, became a twice published author, part-time teacher, and served the LORD’s church at the Port City church of Christ. Chuck served as both Bible teacher and counselor while also working with the praise team and children’s church. Chuck’s lifelong love of photography and technology was instrumental in developing the livestream service which served as a lifeline to so many over these past two years. Chuck’s legacy lives on in all who knew him.

He was preceded in death by his parents, Ralph and Retha Miller, and his first wife of 47 years, Bobbye Miller.

Arrangements by Norris-Segert Funeral Home and Cremation Services, (630) 231-0060 or www.norrissegertfh.com

The link for online streaming of Chuck's funeral service on Saturday, January 8, 2022, is https://www.asimplestreaming.com/cmiller/

To order memorial trees or send flowers to the family in memory of Charles 'Chuck' Miller, please visit our flower store.